Being a mailman can sometimes be a risky and dangerous job. One of the possible risks and dangers for postal service personnel are dogs. However, this can sometimes depend on what type of person the mailman is. Like for example, this mailman caught on video gives cuddles to package owner’s dogs.

One summer, a man named Michael Nau was delivered a package by a mailman. He happened to check on the video footage of the CCTV he installed at the front of his house; he witnessed an adorable moment between the delivering mailman and his two small dogs. 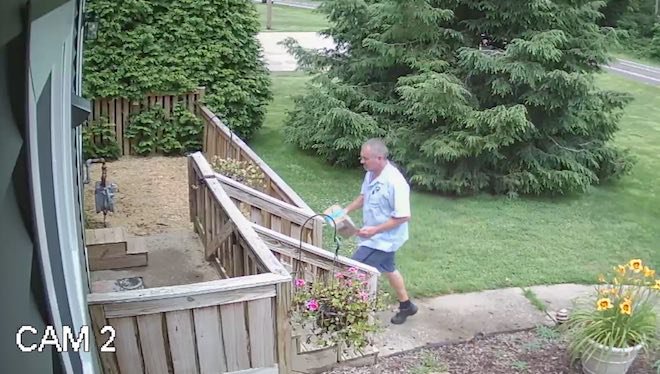 The video shows how the mailman walked across his lawn and dropped the package at his front door. But instead of turning around and returning to his delivery vehicle, the postal worker paused and stood like he was waiting for something. 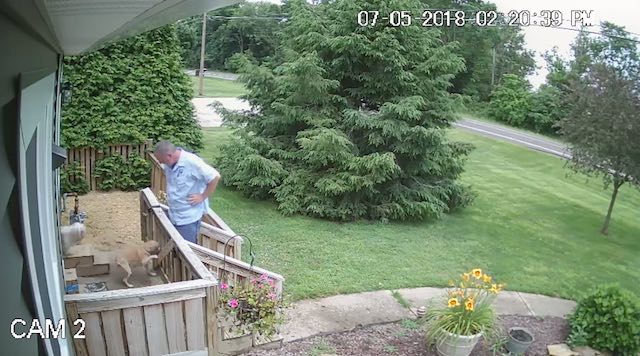 A few moments later, he saw his two small dogs running towards the mailman in excitement. The mailman reached over and petted the dogs. How cute!

It’s like the two dogs had been friends with the mailman for quite some time now. The pooches were saying their hi’s and hello’s as they wag their tails when the mailman leaned down to cuddle, pat them and give them a scratch behind their ears. 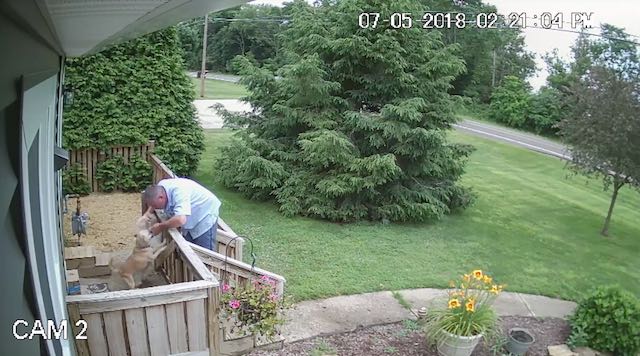 Michael Nau posted and shared the video with the rightful caption about the mailman being a dog lover. The adorable video has become viral ever since. Lovely!

People loved how the mailman made friends with the dogs and how he had even made the time to greet them with affection. It certainly does make a difference how a person, such as the mailman, treat animals especially dogs. A person with a good heart can find friendship even in small but constant gestures.

Watch the video for yourself and adore the cute little friendship of the two dogs and the dog lover mailman. Share this good vibe with family and friends!

If you liked this story, check out this other mailman.