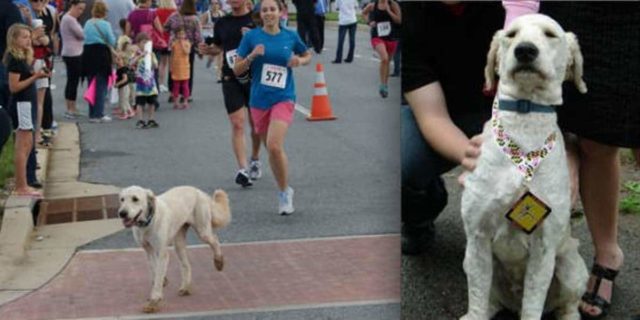 When you think of your pet dog (or dogs, we don’t judge!), the most common thing we ponder is how we just want to come home to them to love them with all our might. Surely, our pet furballs do the same for us as they are not only man’s best bud but also their source of happiness and comfort.

But what if your dog encompasses that and more? Specifically, what if your dog joins in on a fundraising fun run for cancer research? Dozer, a Goldendoodle who is now 3 years old, surely did not come for mere plays and cuddles – he wants to help with the cause. 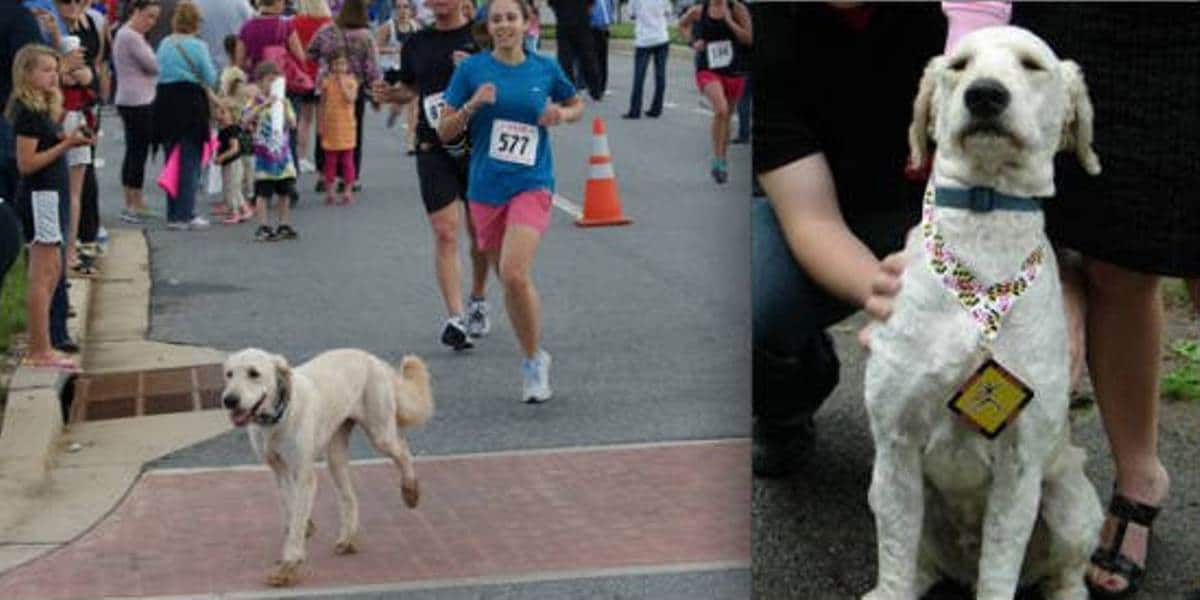 Unknown and unaware, his owners did not realize that their adorable canine had slipped past his “invisible fences” to join the more than 2,000 runners of the Maryland Half Marathon. The said athletic event which was held in Howard County, Maryland, aims to raise benefits for the Greenebaum Cancer Center of the University of Maryland. Runners who testify Dozer’s participation did not realize he was alone – finishing strong and happy at the 2-hour mark.

In an interview with the co-founder of Maryland Half Marathon, Jon Sevel via ESPN, he said that there were already several runners who have taken notice of the unexpected runner that was running along with the other participants. He was also seen stopping by at rest points to grab a sip. Thankfully, the vet has already deemed him healthy enough even after the run. Two days after the event, he was given an award by the organizers as their way of thanking him for his cute participation.

Described as a really sweet dog, Dozer is now actively raising funds for cancer research outside his athletic stunt on the said event. Presently, he has his own page on Facebook and on the Maryland Half Marathon official website. If you are interested, you can donate any amount to the university’s cancer center.

For a twist on this story, check out the one about the dog that was adopted mid-route by a marathoner!