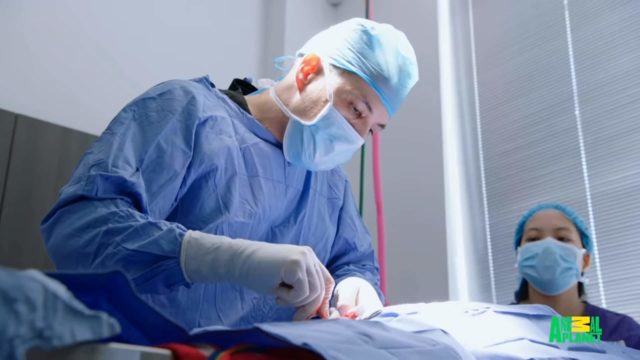 Buttercup’s owners noticed something peculiar about their pregnant French Bulldog. She wasn’t due for a few weeks, but somehow she was already showing signs of early labor. Concerned, they brought Buttercup to the vet, where Dr. Lavigne confirmed their suspicion.

French Bulldogs may carry 3 – 4 puppies per pregnancy, but due to their frame, they are incapable of delivering the pups naturally. This meant Buttercup would need an emergency C-Section.

The doctor administered anesthesia, and within seconds, Buttercup was unconscious. She was soon on the operating table where Dr. Lavigne placed her on her back. He made a small incision on her belly. Then, using his fingers, he groped inside until he found the first puppy. 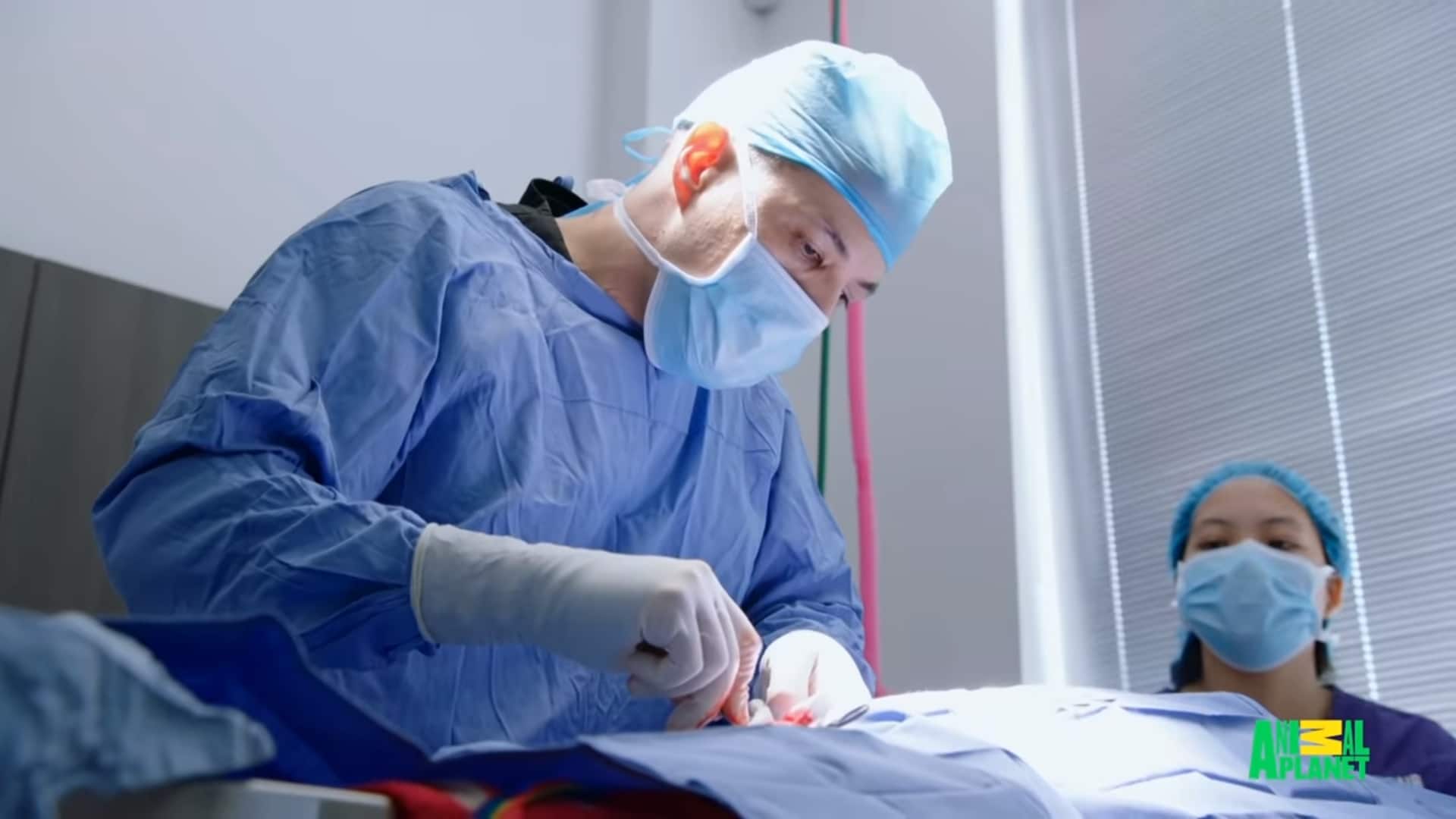 Typically, when a dog gives birth, the puppies emerge with the sac still intact. The mother would tear the pouch with her teeth then licked the pups to stimulate them to breathe. In Buttercup’s case, this was impossible to do. So once the surgeon delivered the puppies, he quickly hands them off to the waiting assistant so she can tear the sac open and start stimulating them with towels.

Dr. Lavigne was able to deliver three pups — two girls and one boy. He double checked the uterus for any babies left behind before he closed the incision. But he noticed something — how come none of the puppies were crying? 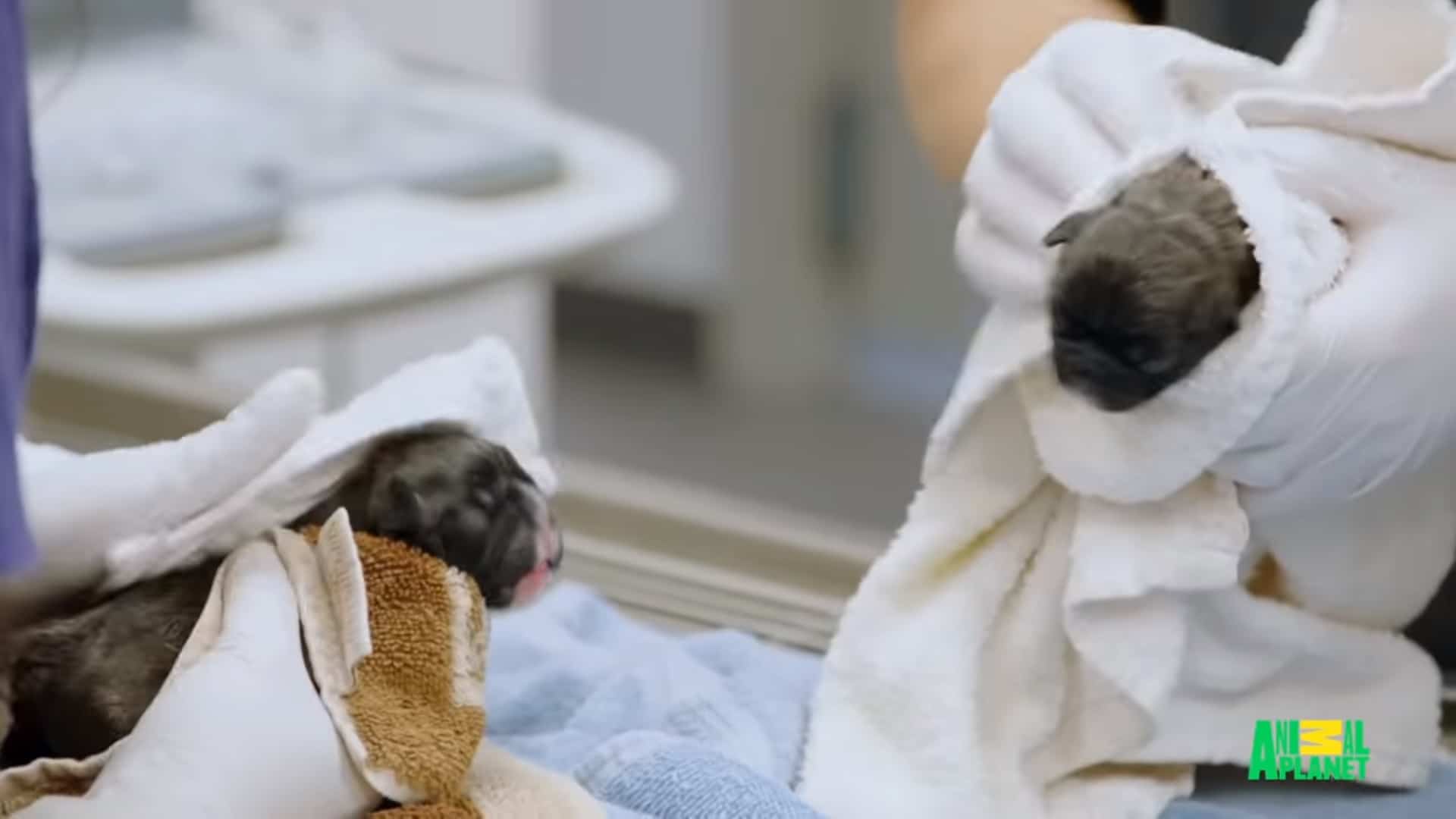 Nancy, one of the assistants, successfully got one pup to breathe. It gave a wee little cry, and the team was happy. Two more puppies to go, but time was running out. Dr. Lavigne asked one of them to administer a tiny drop of respiratory stimulant orally to the two remaining puppies to jumpstart their breathing. After a few seconds, the second pup let out a cry, then the third. A chorus of three crying puppies could be heard.

Meanwhile, Dr. Lavigne has successfully stitched Buttercup’s abdomen and was carrying her to see her babies. She was still weak from the anesthesia and needed to rest. Thanks to Dr. Lavigne, all dogs are now healthy and recovering.