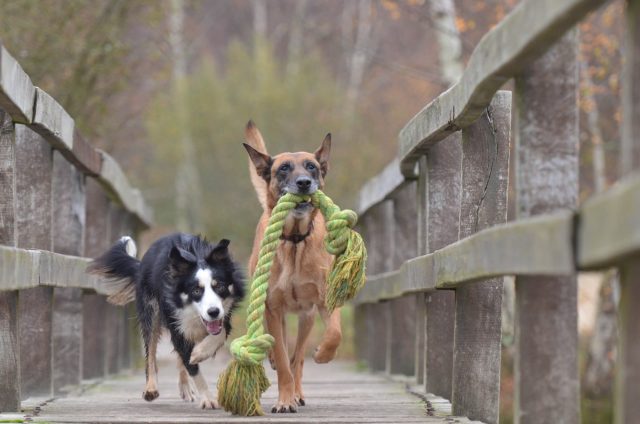 Eugene Bostick, a man in his golden years, decided to devote his remaining time on Earth for a good cause. He’s committed to making his farm a comfortable home for stray dogs. As if this was not enough, he made a train for these dogs so they can tour the neighborhood with him.

Helping stray dogs was never part of Bostick and his brother Corky’s plan. They were set on their ways until they noticed what most people were doing to their property. They own a horse barn located on a dead-end street. People would sometimes go to that barn to dump dogs and leave them to die.

Bostick and Corky could not find it in themselves to ignore the dogs. One day, they let the dogs in the barn, fed them, and took them to the vet. They redesigned the barn to make the dogs feel comfortable while living with them.

A train for the strays

Bostick decided to make things more fun for the dogs. He made a train by attaching a small trailer to his tractor. When his pack grew, he made a bigger train out of wheels and plastic barrels. Bostick made sure that all dogs can ride the train, which is already eight barrels long.

He takes the train through the Sycamore Golf Course two times each week. Golfers stop playing whenever they see Bostick and the stray dogs to take their pictures. The old man is happy whenever he sees other people happy. As for the dogs, well, they bark a lot when they’re on the train. At some point they get tired, so they keep quiet and look at the surroundings. Watch the video to see the dogs ride the train with their favorite human, Bostick: