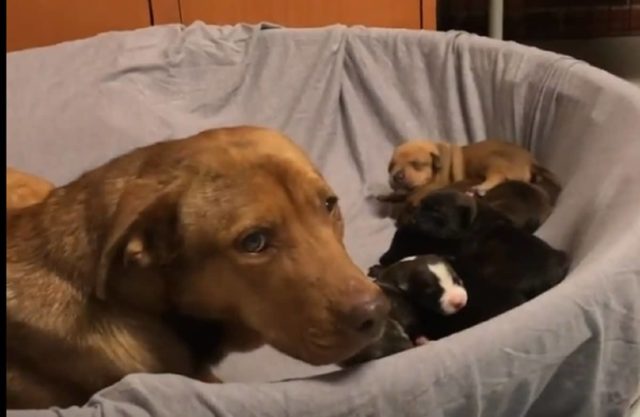 It’s incredibly challenging to keep yourself warm when you’re outside. No matter how thick your coat may be, you still feel like your entire body is freezing. And you’d wish to be in front of a fireplace right away.

If it’s that difficult for humans to avoid the extreme cold, then it’s tougher for dogs. Yes, they do have fur. But still, it isn’t enough. Besides, some dogs have incredibly short and thin hair. 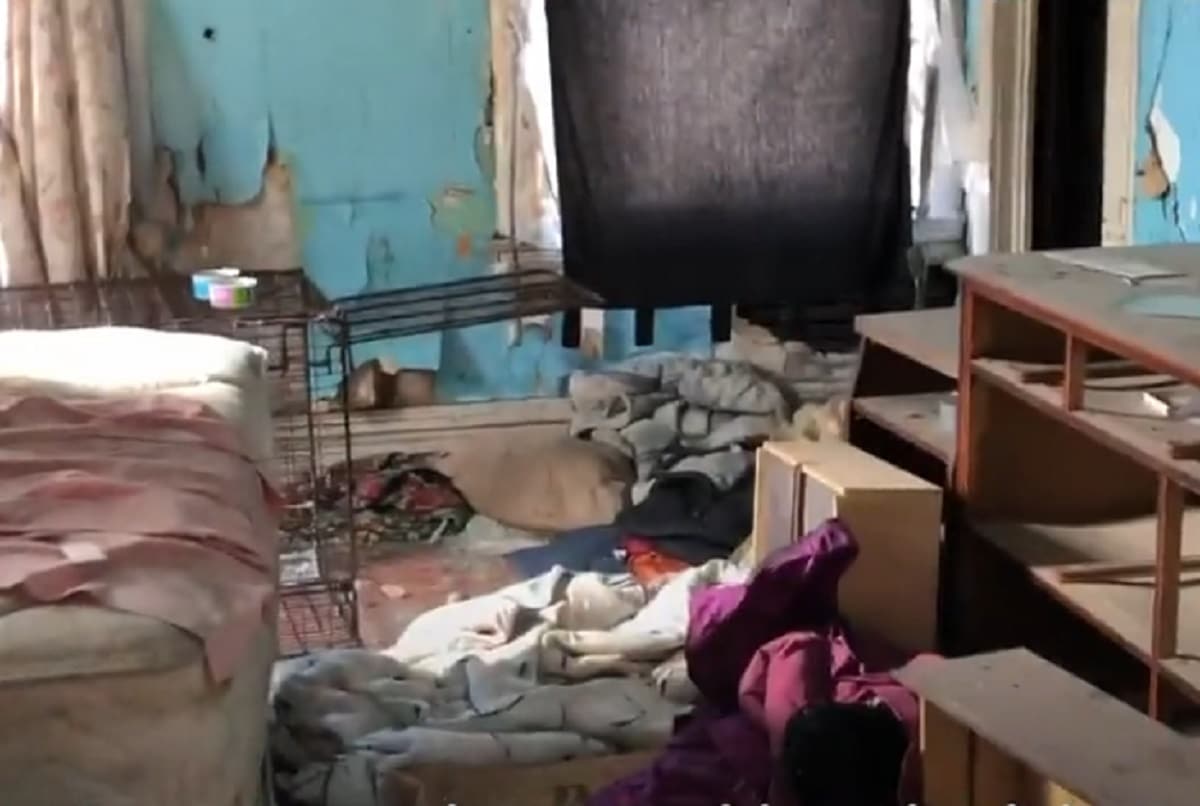 Fortunately, people found this Mama Dog and her babies. Neighbors who spotted them said that the little furry family has been living in an abandoned house for quite some time already. They didn’t have food or water. And they only had old blankets to keep them warm.

Residents immediately reached out to Stray Rescue of St. Louis, a rescue organization that helps stray animals receive the medical care and attention that they need. Volunteers quickly responded to the call and drove to the said location. 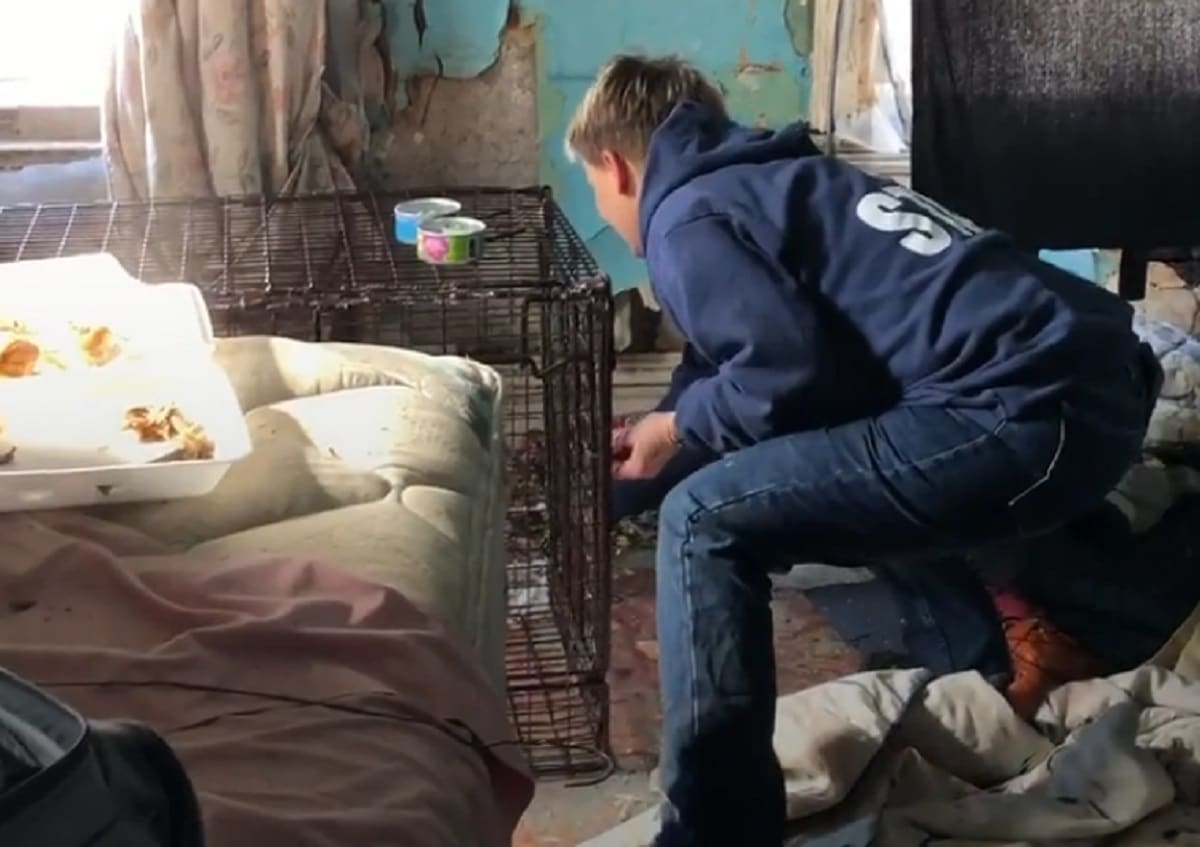 Inside the old abandoned house, the rescuers found Mama Dog and her five puppies. They were hiding in one of the bedrooms upstairs. And rescuers were stunned when they saw the dogs’ living conditions.

“It was too cold, it was so cold in there,” said Donna Lochman, one of the volunteers who responded to the call. “You can see your breath. It’s 5°F; we gotta get them out.”

Donna managed to slip a lead on Mama’s head. But she must be so terrified because she refused to move. So to avoid stressing her out, the rescuers set up a trap instead. 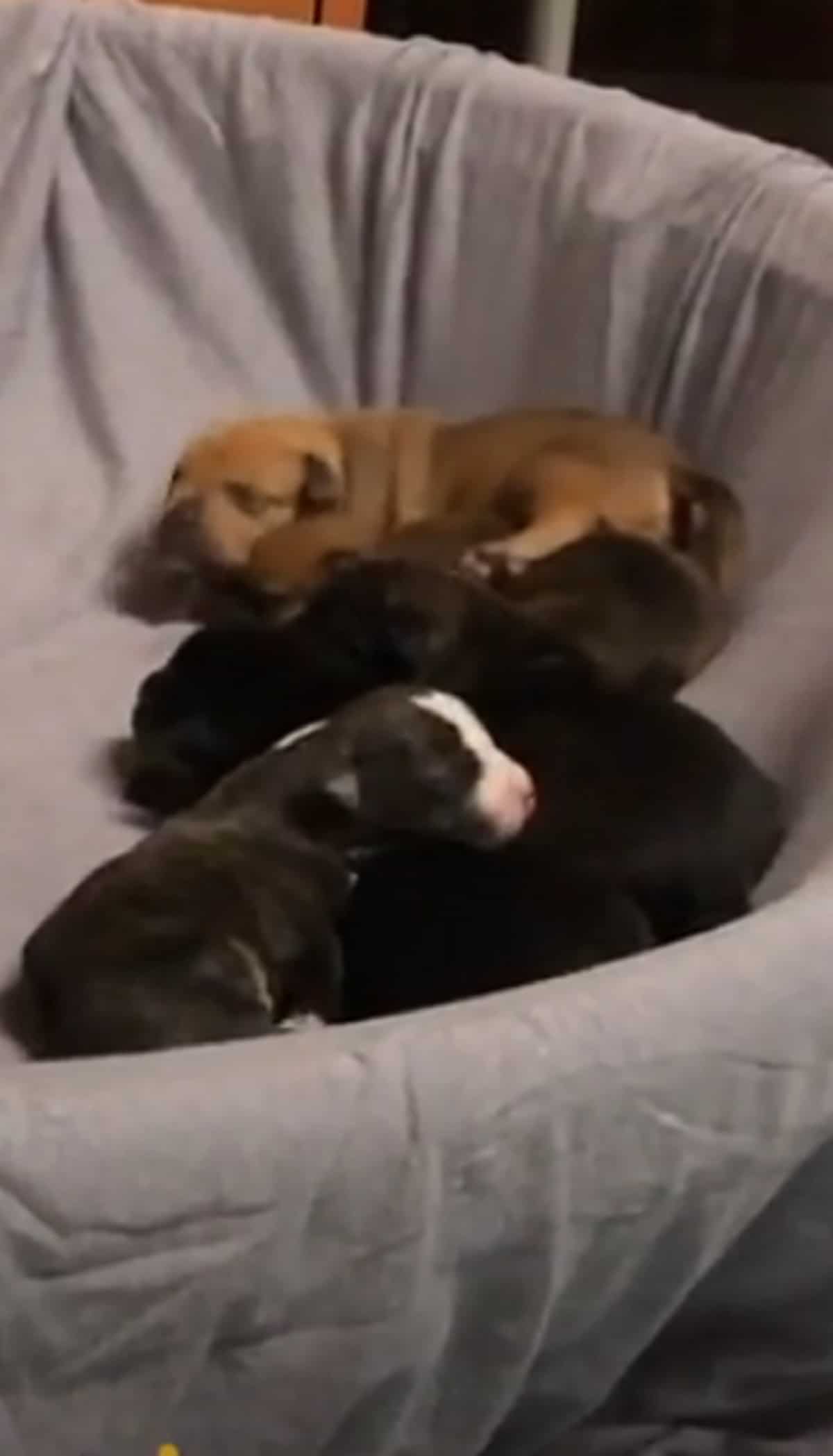 Once Mama Dog was inside the cage, Donna took the puppies one by one, and she wrapped them in a soft blanket to warm them up.

At the shelter, the little furry family got reunited. They had a huge bed to keep them cozy and warm. And as soon as they got stronger, they all got adopted and went to their forever homes.