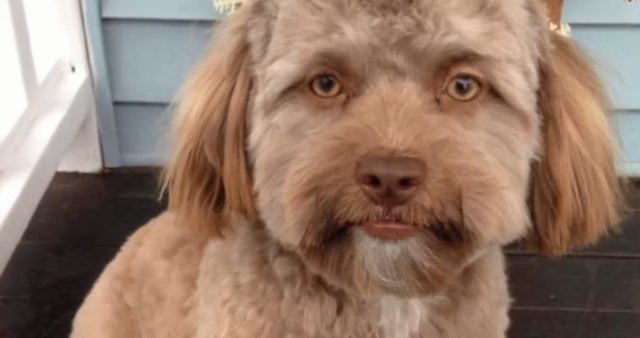 There is this dog from Seattle who stops the foot traffic anywhere he goes, all thanks to his amazingly human-like features. His adorable face has even gone viral, with so many of the doggie’s fans finding his looks unbelievably like a male model with some scruff.

The couple Tiffany Ngo and Kevin Hurless are the proud parents of Nori, who is a unique miniature designer dog. This pup got his fluffiness from a Toy Australian Shepherd and his coloring and shape from a Toy Poodle. However, Nori’s piercing brown eyes are all his alone and reflect just how friendly and fun-loving the doggie is.

The combination of the pup’s shading, his expressive eyes, and smiling pink lips have gotten people doing a double-take, trying to figure out if he is genuinely just an ordinary dog. Whenever Nori would go out for a walk with his owners, they always come across passersby who can’t help but approach the pooch to give him a pat or a scratch and also to take a closer look at him.

Tiffany and Kevin have already become used to the attention that others give their dog when they are out. They don’t mind stopping when people come up to greet their pooch and are still thrilled about the reaction Nori’s features get. The two even set the doggie up with his own Instagram account, where they share pictures of Nori to his many followers.

The reaction that people had for the dog took the couple by surprise at first. They did not realize how much attention that Nori would attract. But even though they may be delayed a bit by those who stop them on the street, they try to be as nice as possible since those who came up to them only wanted to meet and maybe spend some time with the unique doggie they care for.

Check out more about this story here: 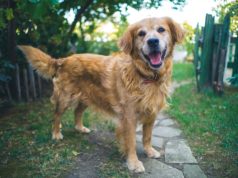 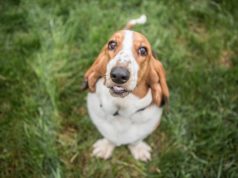 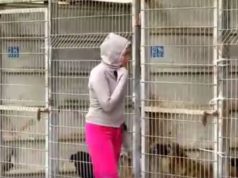 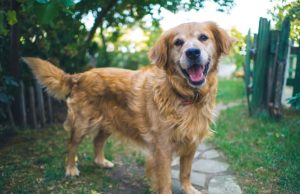 Shenzhen is First Chinese City to Ban Eating of Dogs (and...

With all the talk of COVID-19 the last couple of months, the virus has definitely brought to light a lot of issues regarding what...

Woman Adopts Entire Shelter When She Couldn’t Decide Which Dogs To...

Adorable Dog Is Super Happy That His Dad’s Home After Serving...