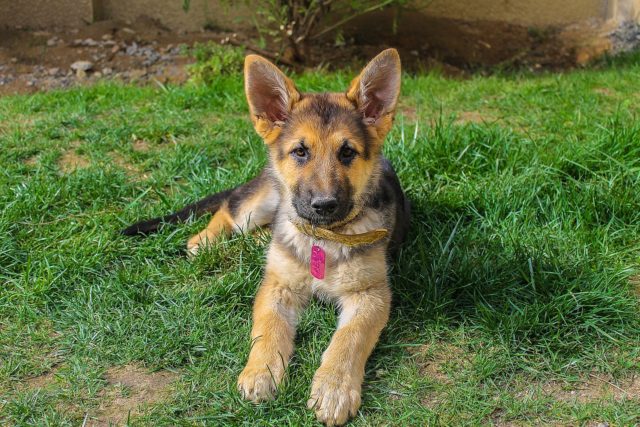 A puppy got trapped under a pile of rocks. A kind firefighter rescued him. Eventually, his rescuer decided to adopt him.

Last March 30, the Fire Department of North Charleston received a call. While biking on the road, a family caught sight of a poor pup who couldn’t escape from a pile of rocks. They tried freeing the dog, but they couldn’t reach it, so they decided to call for help.

Someone filmed Captain Paul Bryant while he rescued the puppy. Bryant went down on all fours just to pull the puppy out.

The video showed how Bryant gave the dog some words of encouragement while he tried to pull it out of the rocks. Bryant cuddled the dog after rescuing it from the rubble. He also checked out if the pup had any wounds or injuries.

They brought the pup to an emergency vet so they could check if it’s microchipped. They wanted to see details about its owners. Unfortunately, they didn’t find a chip.

They took him to Charleston Animal Society so it could find a new owner and a new home. When Capt. Bryant discovered that no one took the dog in, he decided to take it home.

According to Bryant, it was meant to be. The dog is coming home with him. The Animal Society posted the touching adoption video last April.

Bryant and his family decided to call the dog, Rocky. It was quite fitting because he rescued the pup from a pile of rocks, and it survived.

Now, Rocky enjoys spending time with Bryant and his family. He has a stable home where he gets all the love he deserves.

Bryant added that he works to save people. If he’s lucky, he gets the chance to save animals as well. Rocky is one of the animals he managed to rescue. Now, the two are inseparable.

Bryant also said thanks to everyone who helped rescue Rocky. He said those were a bunch of incredible people.

Credits to ABC News for this touching video.