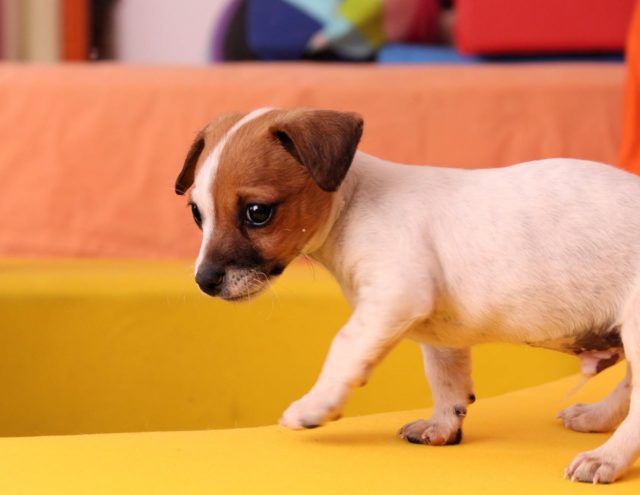 Experiencing something new can produce various reactions from different people. While some take the experience as a positive one, others distance themselves to avoid further involvement.

However, it looks like an adorable Chihuahua-beagle mix puppy can’t get over its swimming experience. Even if its fur dad holds him steady, the pooch’s too eager to carry on swimming as it continues treading on the water’s surface.

In this short yet amusing video, a cute brown-furred Chihuahua-beagle puppy named Reggie swims in a local lake. The pup’s enjoying its swim as it steadily wades its way across the water. 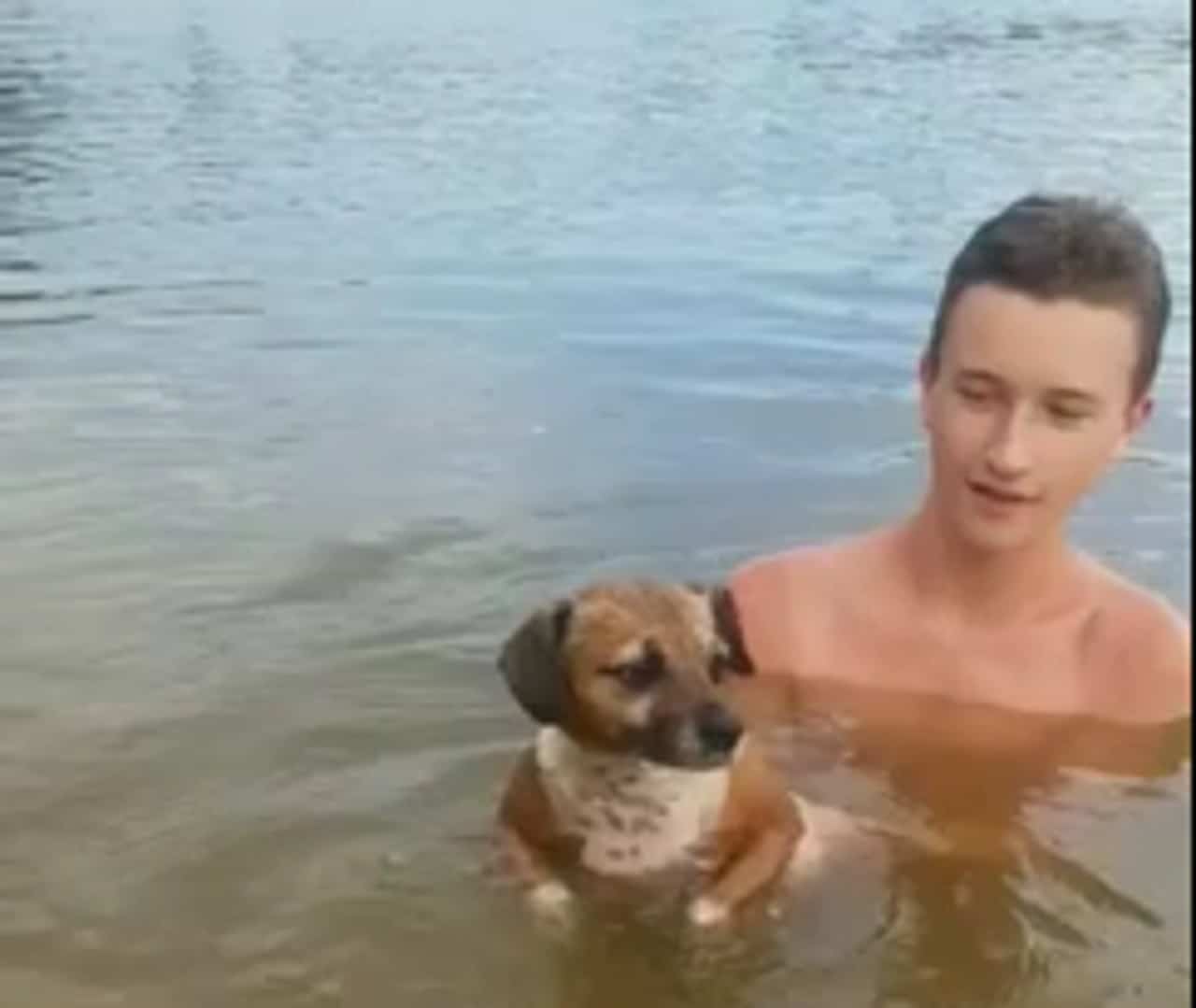 At first, you’ll think there’s nothing peculiar with the scenario. However, Reggie’s fur mom and dad soon start laughing, making the pup take a look at them with a puzzled expression on its face.

Without further ado, Mom focuses the camera on Reggie so everyone can see what’s truly happening. It turns out, Reggie continues to tread on the water even if Dad holds him steady with his hand.

I so love the water!

As the video progressed, Mom can’t stop laughing at Reggie’s hilarious actions as he continues treading on water. Even if Dad’s holding him, Reggie carries on using its front paws in an attempt to wade across the cold waters of the lake.

However, Reggie soon becomes dissatisfied with merely paddling through the water as he attempts freeing himself from Dad’s grasp. The pup tries to ease himself out of Dad’s hold but to no avail. 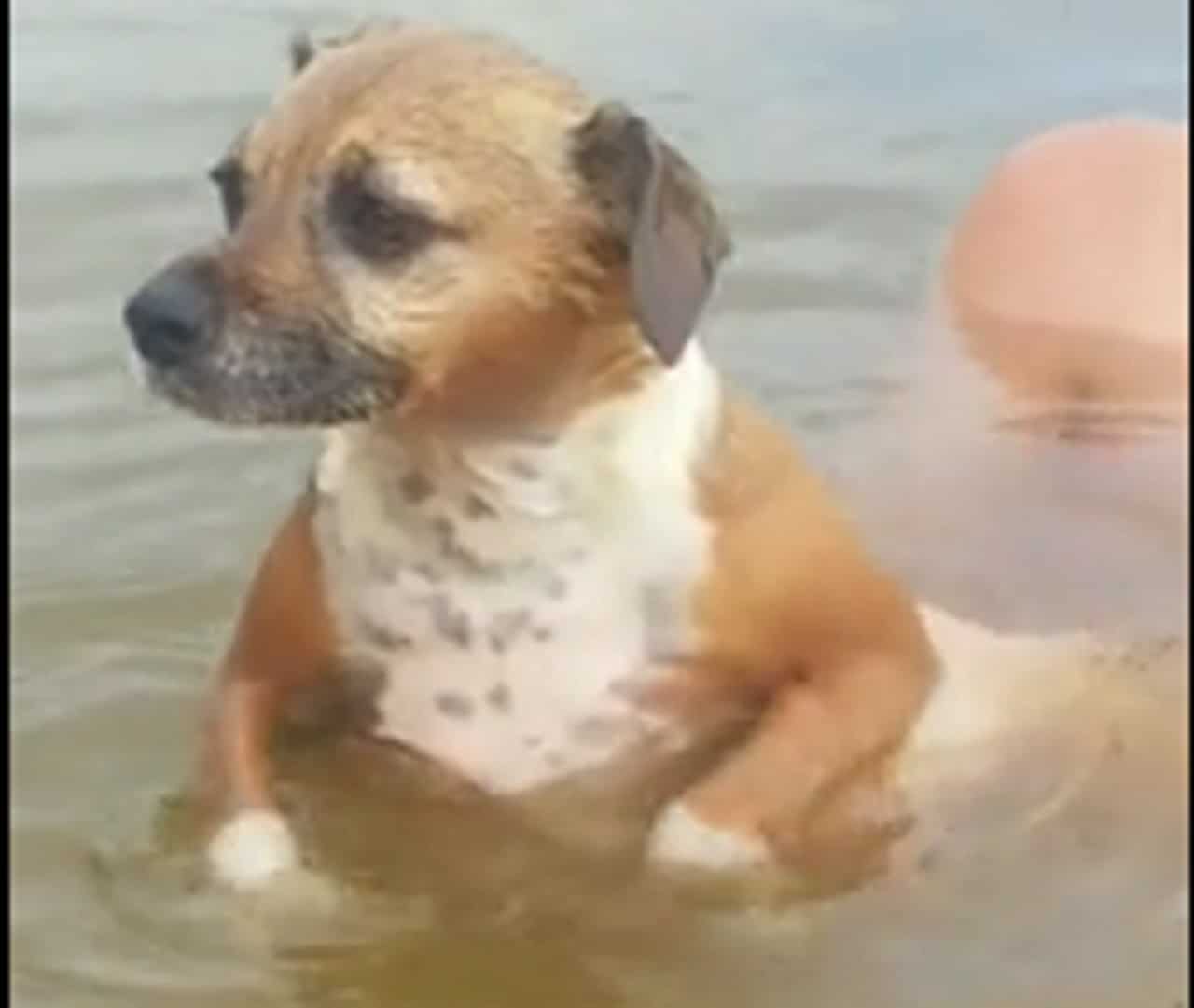 Thus, Reggie resumes paddling in place to make the most out of the experience. Even if it’s clear how much the pooch loves to swim freely, there’s nothing much he can do with Dad holding him.

Can’t get enough of Reggie’s swimming in place? Click on the red button in the video below to start viewing the pooch in live-action.