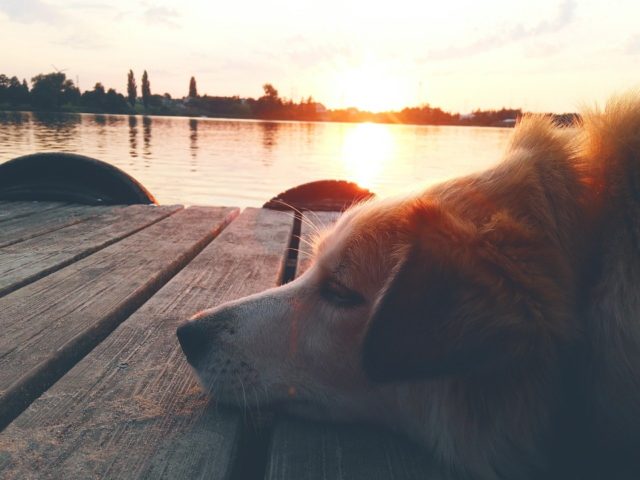 A fisherman found a dog swimming in the ocean, along with what seems to be boat debris. He was quick to conclude that somebody must be in danger. He alerted the authorities, and they immediately started a search and rescue operation. The dog, whose name was Heidi, was immediately taken to an animal shelter. The shelter’s resident vet checked on Heidi. They were relieved to discover that she has no injuries after swimming for quite a long period.

While Heidi was monitored in the shelter, the water police of Brisbane, coast guards, rescuers, and volunteers set off to look for the missing boat and its captain. It was admirable how quickly this group of rescuers and volunteers responded to this situation. They were also very quick to deploy a couple of boats, jet skis, and a helicopter to aid in the operation.

Rescuers and volunteers tirelessly roam around the waters of Brisbane in search of the missing boat. Everyone was hoping and praying for a happy ending for this situation. After hours and hours of searching, they finally spotted an old man tightly holding onto his sinking boat, desperately hanging for dear life.

After 15 long hours of being in great danger, the skipper was finally rescued to safety. He was immediately transported to the mainland, rushed to the local hospital, and immediately treated. If it wasn’t for the fisherman who saw Heidi trying to survive the waters, things could have easily turned out differently.

As soon as the old man heard of how Heidi somehow saved his life, he immediately looked for her. He was proud of Heidi’s bravery and grateful to the fisherman and rescuers who responded. The water police of Brisbane also took this situation as an opportunity to remind everyone to be prepared at all times in these kinds of situations to ensure safety. They also mentioned a couple of tips to help boaters prepare for the worst.