Home Dogs Digital Fur Dad Uses A “Dog Train” To Walk His Pooches Around The... 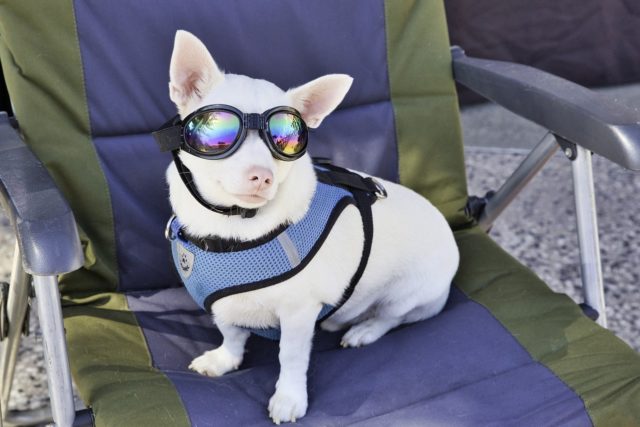 Australia is one of the countries where surfing and skateboarding thrive. Finding its citizens and tourists enjoying rolling down the boardwalk is an ordinary scene. However, as it turns out, humans are not the only ones who enjoy these sports. Our four-legged pals love them too.

It was a beautiful summer day when Sophie Flecknor decided to have a little fun under the sun. So, Sophie, from Australia, headed to the east coast of the country. While hanging out by the beach, something super adorable suddenly caught her attention.

Sophie knew that what she was witnessing was such a special moment. She said that she was astounded by what she saw. So, Sophie quickly took her phone out and started filming. Passing through the walkway, in front of her, was a guy and his pack. However, this was not an ordinary dog walk by the beach.

While the fur dad had three dogs in tow, he was only holding one leash. All the three pooches were rolling down the boardwalk using their own custom board. The skateboards that the pups were riding on were proportional to their respective body types. So none of them would fall behind, the three boards were also connected.

Because the dog train passed right in front of Sophie, she was able to take a closer look at each of the pooches. She said that the pups all seemed to be having a great time. They were happily smiling while enjoying the sight around the beach.

Aside from having fun, the loving fur dad seemed to have his dogs’ comfort in mind too. He made each of his pooches wear little shades to protect their eyes from the sun. They were all enjoying the sunshine in style. Sophie said that these sunglasses made it for her. It was the cherry on top.