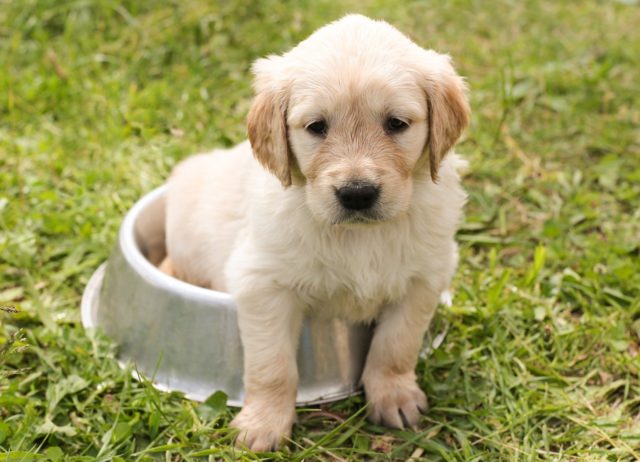 Every fur parent who experienced taking care of puppies knows how tireless these little creatures are. No matter what time it is, pups love to play with everyone they encounter along the way.

With this idea, let’s take a look at how an adorable twelve-week-old Golden Retriever puppy finds a playmate among its adult peers. But, it seems the pup needed to work harder at convincing the dogs to play with it as its already time for bed.

In this short yet comical video, a group of Golden Retrievers curled up in various areas in their living room. By the looks of it, the dogs are about to take their good night’s sleep. 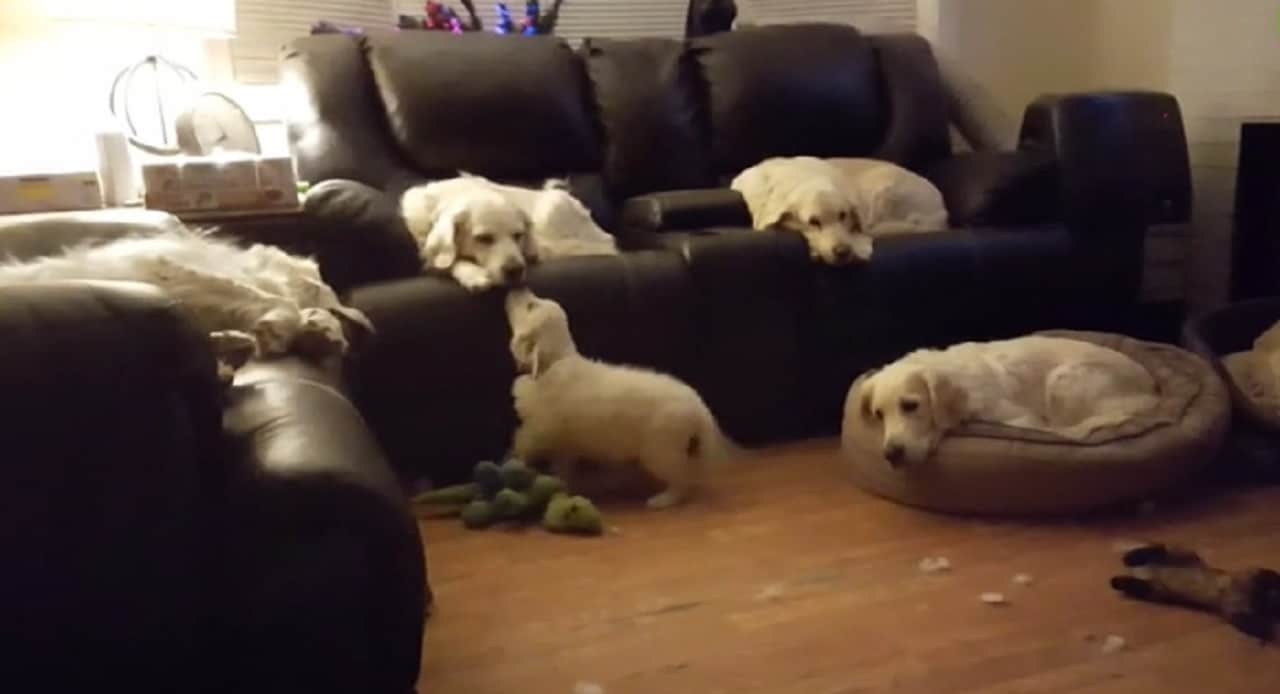 But, it seems the adult Golden Retrievers couldn’t snooze as their twelve-week-old puppy friend wakes them up from their slumber. At some point, the pup even jumps on one of the sleepy dogs to convince it to play with him.

However, no matter how hard the pup convinces its friend to play with him, the adult pooch turns down its request. Thus, the still energetic puppy moves on to find another playmate.

Without wasting any second, the feisty pup soon makes its way to another Golden Retriever. As soon as the puppy reached the curled-up pooch, it starts jumping at the dog to persuade it.

However, just like the first dog, the sleepy dog isn’t in the best mood to engage in an energetic game with the pup. But, unlike the other dog, the second Golden Retriever indulges the puppy with cuddles and kisses instead. 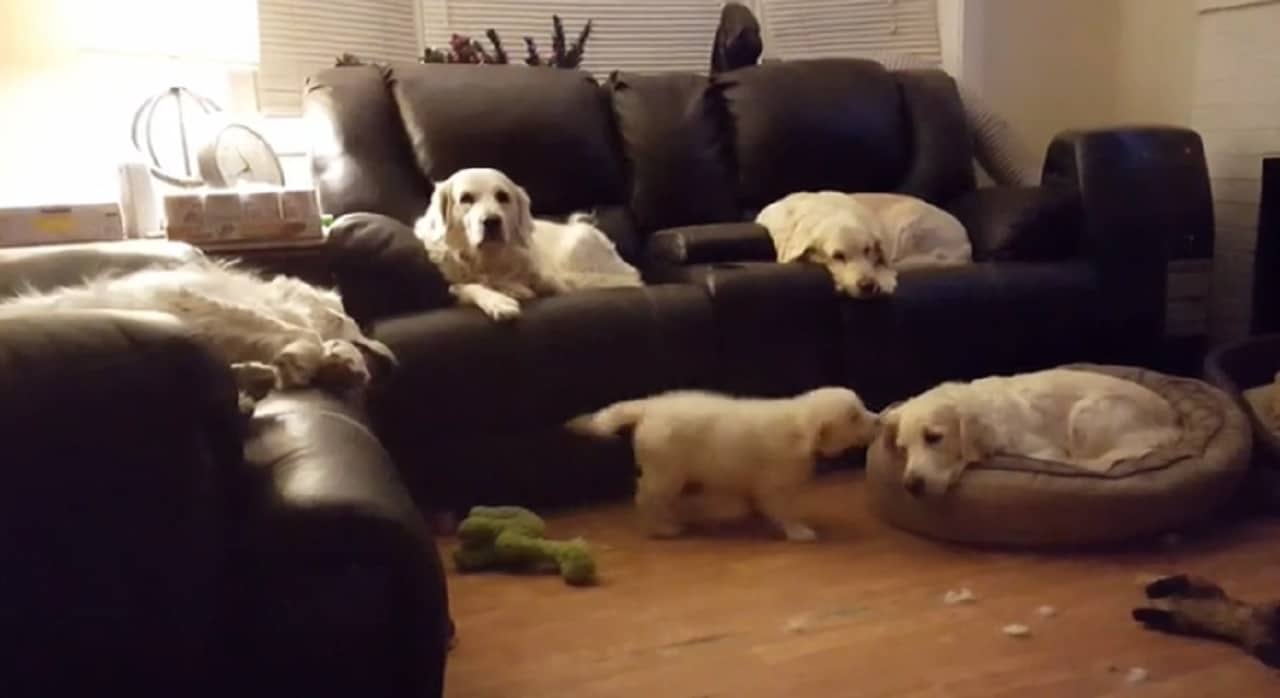 This scenario continued until the pup accidentally fell on the wooden floor. With this, the puppy abandoned all attempts at convincing the dog and sauntered towards another pal in the corner.

Do you think the third Golden Retriever finally accepted the puppy’s request? Make sure to watch the linked video below to find out how this story ended.