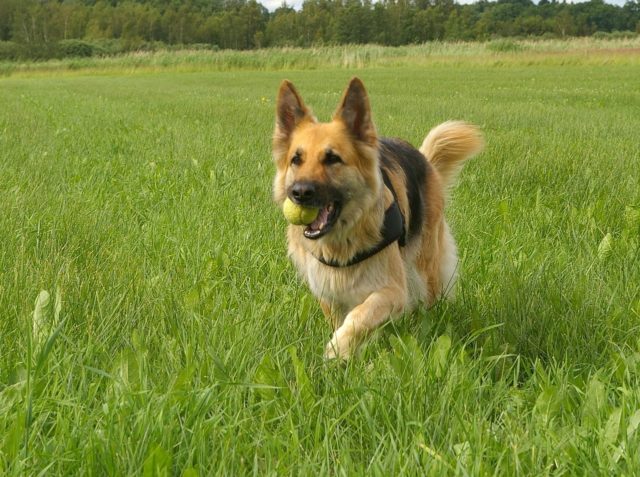 Meghan Specksgoor needed to go to NYC and couldn’t bring her dog with her. So, she decided to leave Chase with her father for a night. The two get along well, so she didn’t worry how their time together would be.

She allowed Chase to have the most of his time with granddad. Nevertheless, her father kept her updated with the two’s bonding moments. And the text messages were adorable.

Meghan rescued Chase from the Richmond Animal League. The shelter admitted him with a shattered jaw. After getting adopted, the dog went to surgery to get a plate put in his jaw. She named him after Chase the Rapper and as a reminder of how the pup had a second chance for a good life. 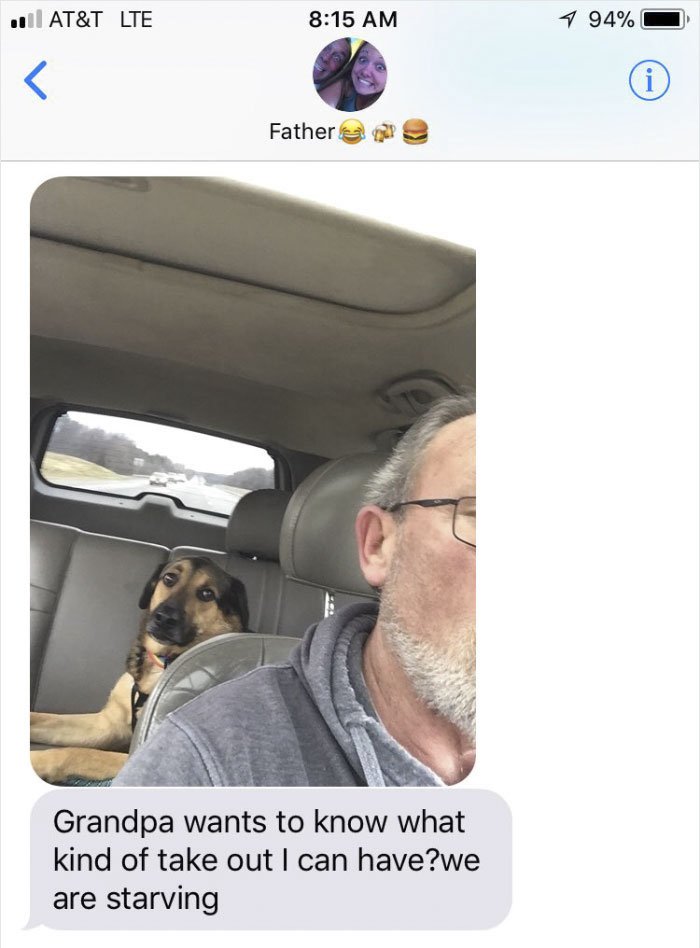 That good life was evident with how much Meghan’s father spoiled Chase for a day. The first photo of the German Shepherd sitting at the backseat of the car. Chase asked via text what take-out he could get.

Meghan later received another text and photo. This time, he gushed about picnics and a trip to the nail salon. Granddad texts in Chase’s point-of-view about a promised treat later. The pup received the ice cream based on the next picture.

Granddad and Chase capped off their overnight bonding with a slumber party. Before saying goodnight, Meghan received a photo of her four-year-old pup lounging on the bed. He’s taking the spot next to his granddad that night. 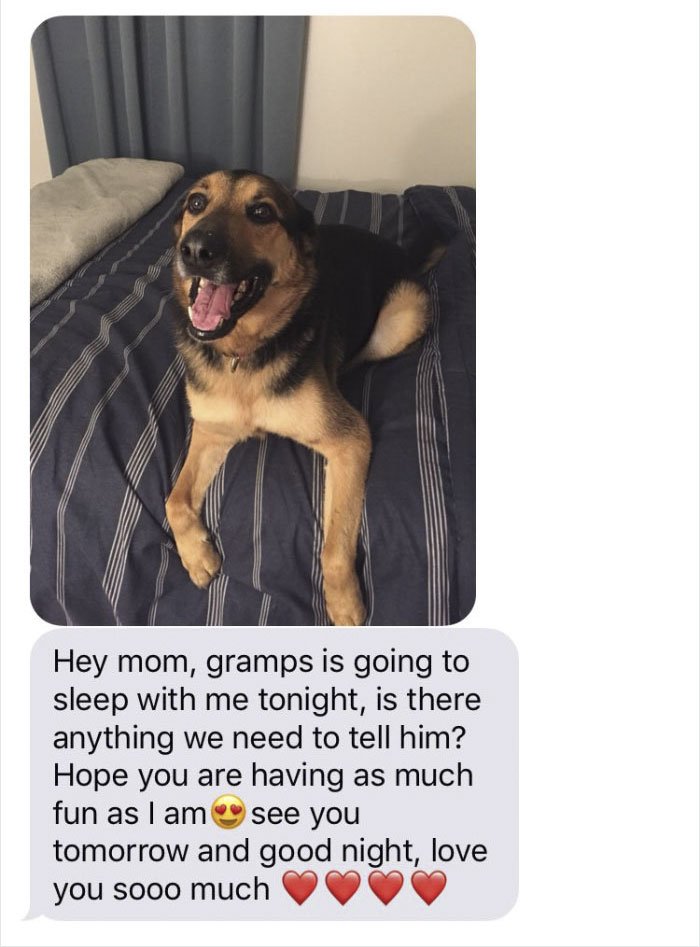 Meghan’s father acted like any grandfather would with an actual grandchild. He spoiled Chance for a day. Chance enjoyed it as much as her father did. He looked happier with every picture.

In a Twitter post that had long since gone private, Meghan wished that someone would get her father a grandchild. Whether human or furry grandchild, Meghan’s dad would surely pamper and spoil him. For now, he seems satisfied having Chase to shower with his love.