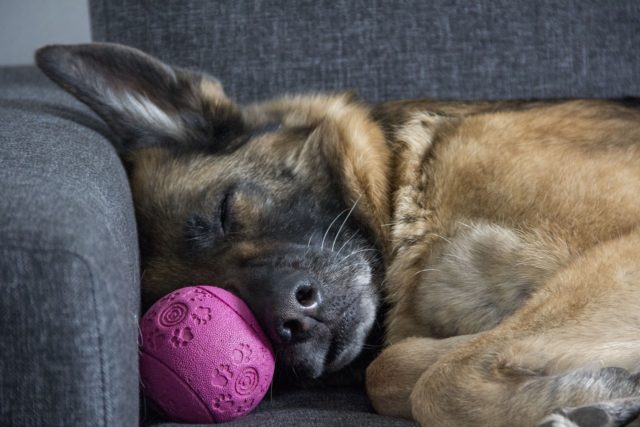 Not only humans experience mishaps and accidents as they live each day. These unfortunate events also happen to animals like dogs. One example is Nugget, who had severely damaged his leg due to a car accident when he was little. His former owners no longer have the means to take care of him, so he was taken to an animal center.

Luckily, Nugget’s injuries were still curable. So, he was put in a cast to help him fully recover from the accident. It was also found out that due to the accident, he had a hearing impairment and is now deaf. He was later adopted by a family whose home had served as his sanctuary since the day they took him. He continued his journey to recovery through the help of his newfound family.

Nugget and his new foster parents seem to be meant for each other. They did not have any difficulty adjusting to each other and got along very well. His new foster parents love him so much that they are willing to spend hundreds of dollars on giving him what he wants. They even signed him up for a toy service, so he gets a new sets of toys each month.

Since he was subscribed to the toy service, he immediately showed deep interest in toys. He has so many toys that his place in the house has almost become a toy sanctuary. His parents don’t know how he can play with all of them, but he certainly wants to make sure all his toys are nearby. He doesn’t want his parents to take them away from him.

Nugget’s attachment to his toys is so apparent that he even sleeps with them. He gets irritated if his toys are not beside him during bedtime. His parents don’t see any problem with it since they know he must have been deprived of such things before. They’re glad they can give new hope to a once hopeless dog. 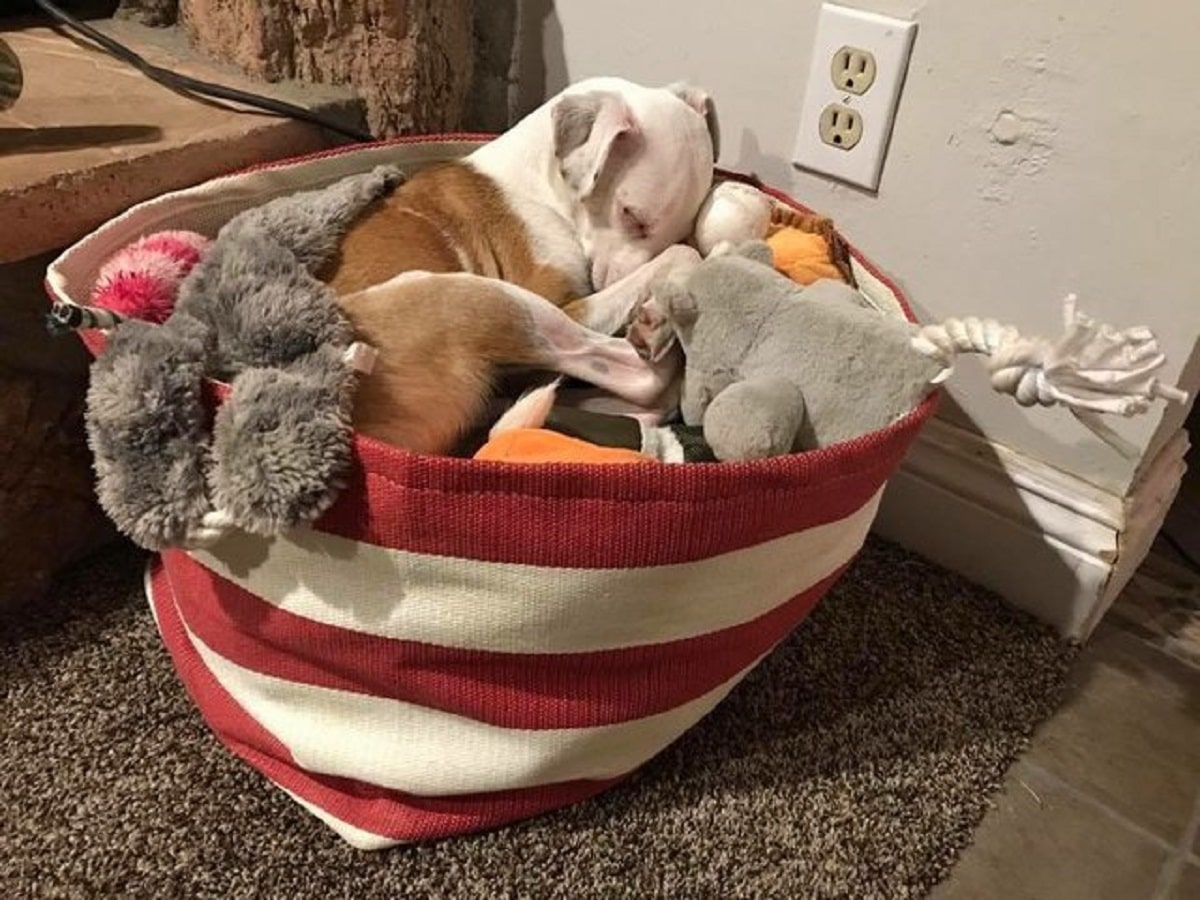