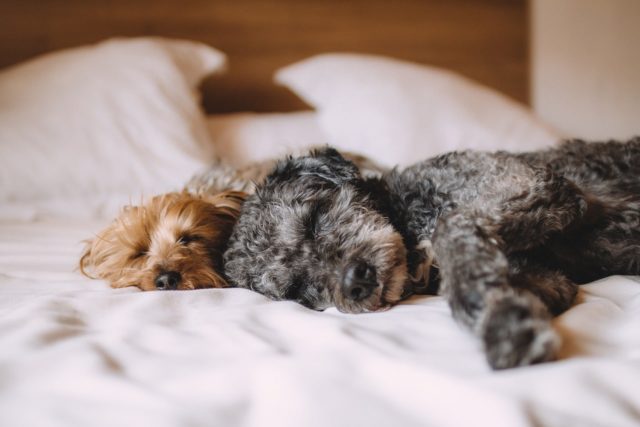 A young raccoon plummeted from a tree in Nassau, Bahamas and sustained a fracture on one of her hind legs. Unfortunately for the animal, her mother never came back for her. In addition, the local shelter couldn’t take her in for some reason.

So kind residents and animal lovers Laura and William Young stepped up and adopted the orphaned raccoon, naming her Pumpkin. The couple already has two other pets: one dog named Toffee, and another dog named Oreo.

Pumpkin was only one month old when the Youngs adopted her, so she was probably still looking for a mother figure—and the two canines fit the bill perfectly.

Toffee and Oreo didn’t just become the baby raccoon’s new moms, but also her best pals. The three are so close that Pumpkin acts just like a rambunctious, energetic puppy! 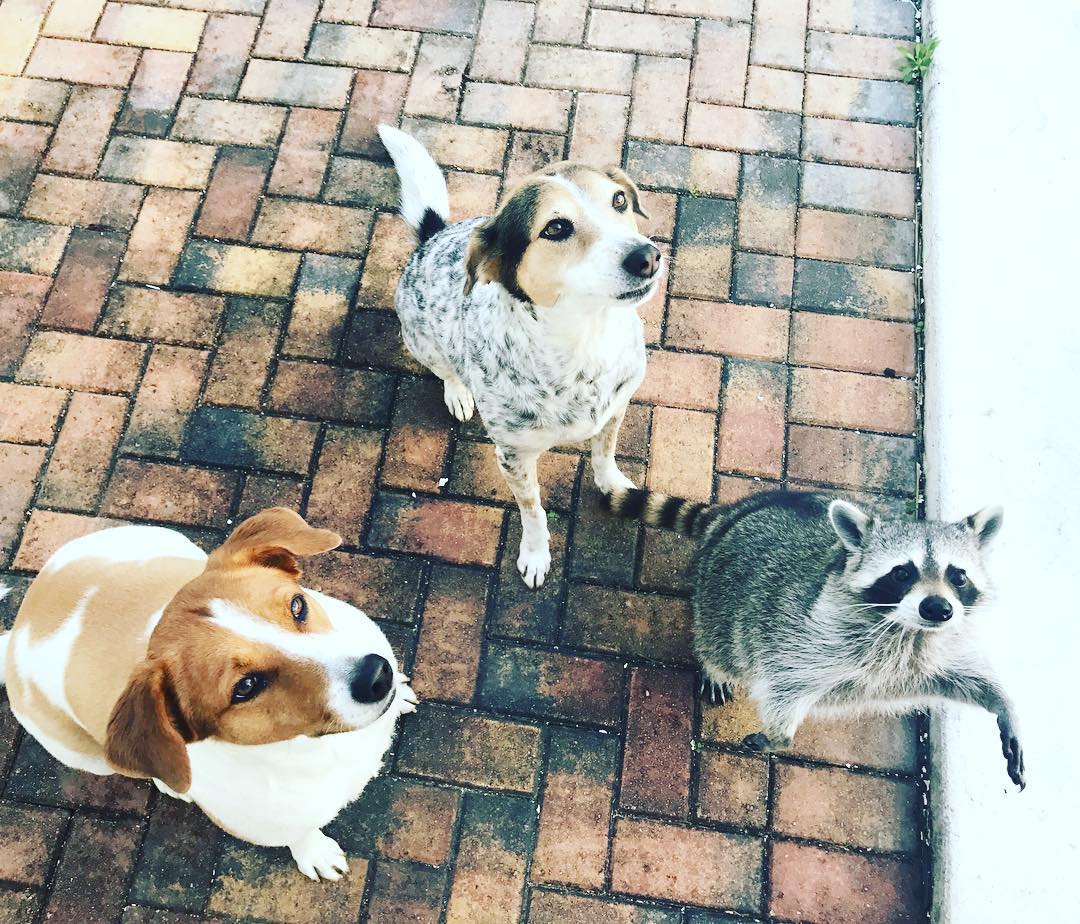 The raccoon loves messing around with Toffee and Oreo, chasing them and playfully biting them. Just like any patient mother, the two dogs let her amuse herself even at times when they’d like nothing better than to sleep.

Pumpkin knows her limits, however. Once she senses that Toffee and Oreo don’t want to play rough anymore, she promptly stops and snuggles with them instead to show her furry moms how much she loves them.

Laura and William add that Pumpkin is intelligent and cheeky, but these characteristics only make the young raccoon more endearing.

The couple shares that they’re fortunate not to have to worry about rabies in the Bahamas and that there are no specific prohibitions against having raccoons as house pets. 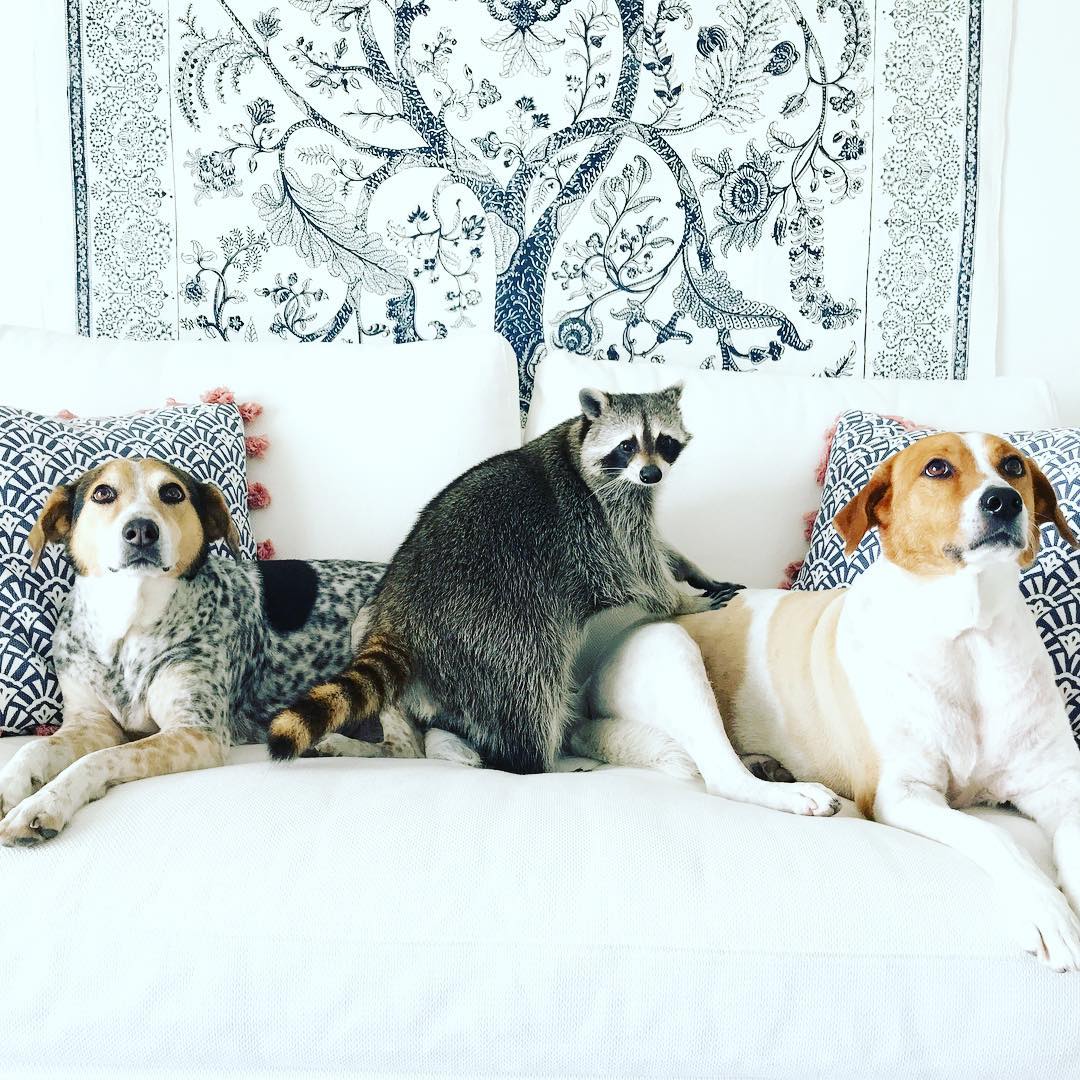 As responsible pet parents, however, Laura and William have made sure that Pumpkin is spayed and is up-to-date with her vaccinations.

However, the Youngs would also like to remind people that raccoons are most assuredly not pets and should not be taken from the wild to and confined at home. Indeed, they are considered wild animals and can be both destructive and unpredictable.

Pumpkin seems to be an exception, though, and she’s thriving in the Youngs’ home with her two canine moms by her side.

Watch Pumpkin playing with Toffee and Oreo in the video below: