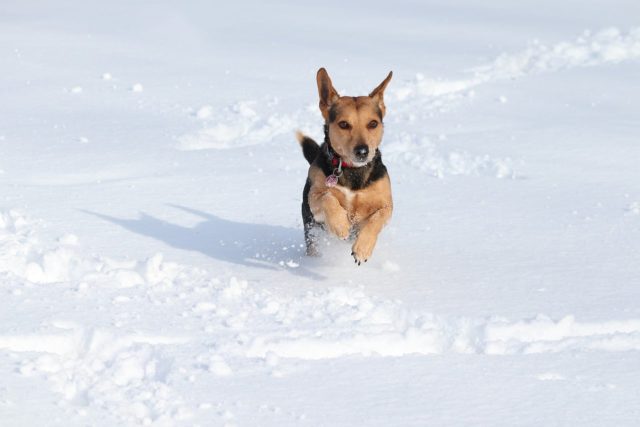 Dogs have an extra sense that detects if anyone is in danger. If you are a dog lover, we’re quite confident that you have heard of this or at least noticed this whenever you hear or read about dogs making heroic rescues and saving people’s or animals’ lives. They just know when they are needed.

Despite having poor eyesight, dogs sometimes can rely on their eyes to detect someone needing their help. This is what happened in Durango, Colorado when John Mace’s dog made a semi-heroic, but more of a cute and adorable rescue, saving his friend who was stuck in the snow. 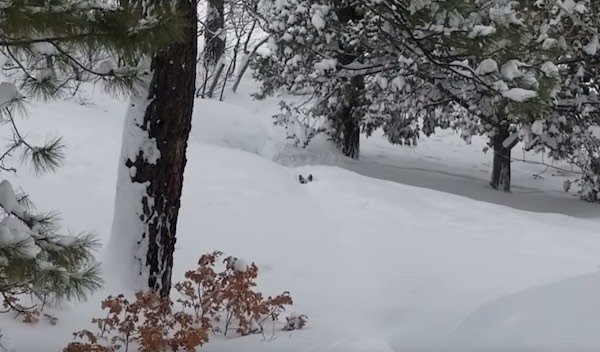 Mace’s town has just received 80 inches of snow over the week. That explains the thick snow that covered everything. But that’s not going to stop Mace’s dog and his furry friend from having some fun — or maybe it would? Well, it almost did, but nothing can stop a dog from having his playtime. Nothing.

Mace’s neighbor’s dog wanted to come to their house and tried to brave the towering snow that almost buried him. After a few feet of  pawing the snow, he was stuck and needed the help of Mace’s pooch to come and rescue him.  All that Mace’s dog can see is the top of the pup’s head and his ears above the snow, but that was enough for him to leap into action. 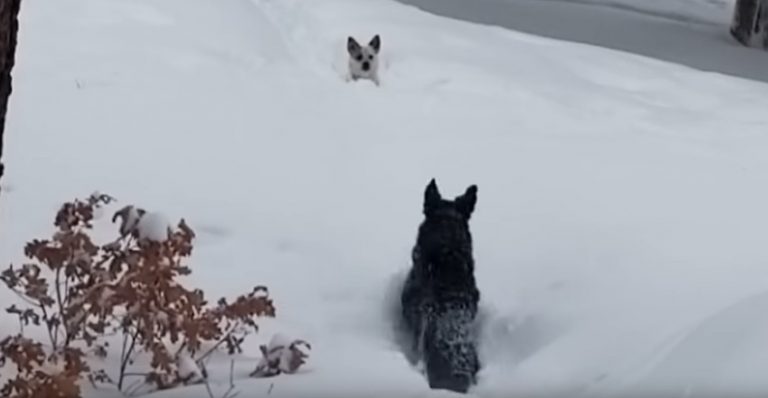 Mace’s dog starts hopping on to the snow right in front of him. He is breaking the snow to create a path for the neighbor’s dog to pass through. Just like when someone is stuck in an icy lake, the rescuer will need to break the ice in between them and the individual stuck to create a path.

After several hops, Mace’s dog was able to reach his friend. Both of them passed through the tunnel that was formed going back to Mace’s house. Mace wasn’t alarmed at all as he knew his dog could help his buddy in this ordeal. The two pups shook off the ice once they reached Mace’s porch and playtime has begun!