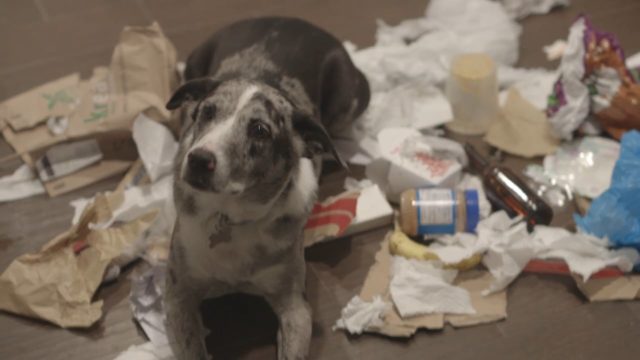 A senior dog is a term used to dogs that are around the age of seven years old. However, smaller breeds like the Chihuahua are considered as a “senior dog” not until they reach the age of ten years old.

As we all know, dogs also age just like humans, as they age, health issues are becoming more common. Some owners are known to leave their dogs in the shelter because they cannot keep up with their dog’s expensive medical bills.

Some families often prefer younger dogs, and those who were surrendered in the shelter finds it hard to cope with the environment and even harder to get adopted.

However, adopting a senior dog has more benefits than you think. They are house trained, understand commands, and love just like any younger dogs. Plus, they are calmer and are less likely to be destructive.

PETA wanted to emphasize the benefits of adopting a senior dog, so they worked together with singer Yusuf Islam known as Cat Stevens. Yusuf wrote the song “I Love My Dog” 50 years ago and gave PETA permission to use the song for their commercial.

It’s a heart-warming commercial showcasing the benefits of adopting an older dog. The commercial starts with the guy looking at a flyer for an upcoming dog adoption event in his community.

He decided to visit the place and adopt a dog. Upon checking out the dogs available for adoption, one dog stood out. It was a senior dog who was also staring at him and as if asking him to take him home.

The man adopted the senior dog and seen riding with him in the car. On the dog’s first night, he is seen making a mess as he rummages the garbage can for food. Instead of getting angry, he just smiled at his dog and cleaned up the mess.

The video went on showing the two going on their daily walk and having a great time until the dog stopped walking and stared at the man. He knew he had to take his dog to the vet.

There he found out that his dog wouldn’t last long and got devastated when he lost him.

This heart-warming video will definitely make you want to adopt a senior pet. Watch it below: