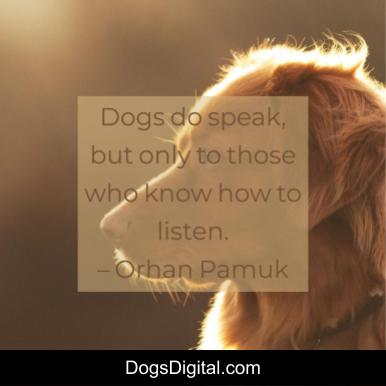 Ever wonder what your dog’s thinking about? The more you hang around them the more likely you’ll be able to figure them out. Here are some possibilities. Enjoy! 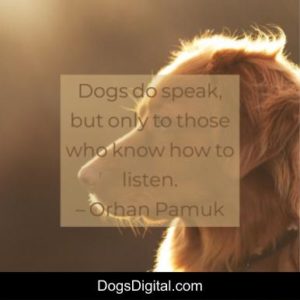 The battle between the species is real.

Will one of them be next? 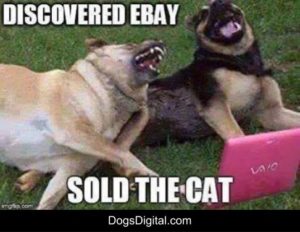 An honest dog reflects on an honest mistake…

Or did he eat the flip? 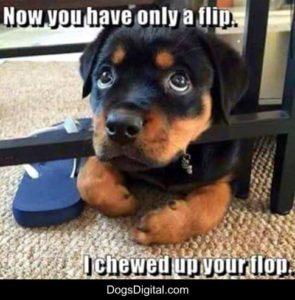 Watch out for those exploding pillows!

Maybe that’s what happens when you remove the tag. 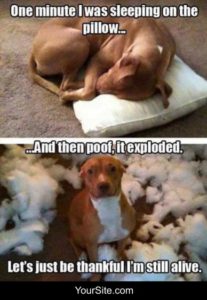 How did this dog get into this predicament? 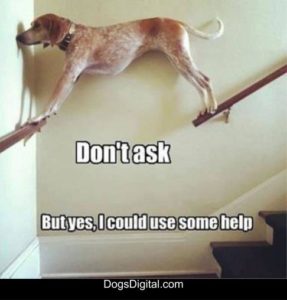 Once again, the cat takes the fall.

Well, the cat could have done it. 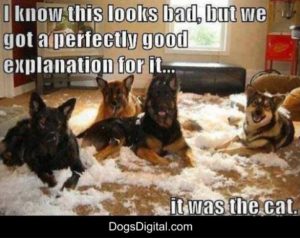 Of course it wasn’t you. It was probably the cat!

That cat sure gets around. 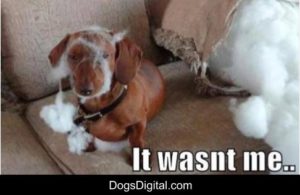 Got a point there…

Had a first-time visitor to our house greet the dog with a lick one time. This kid was the same size as the dog and just thought that was the standard way of greeting. 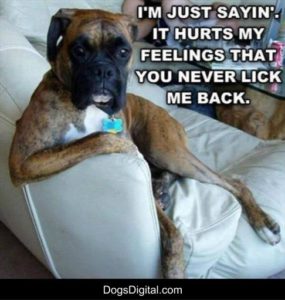 If he stays still they may never find him. 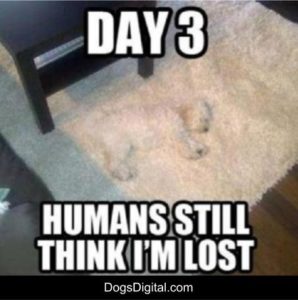 We might have been able to guess this one.

At least he raised his paw before asking the question. 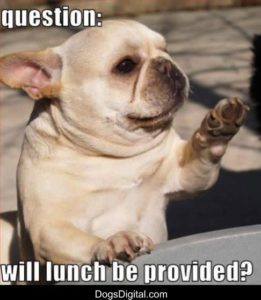 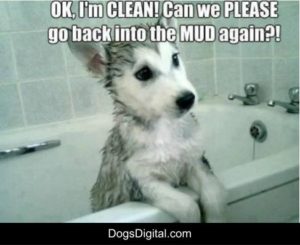 What do you think? Got a better caption? Comment below! 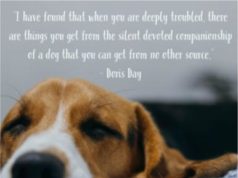