True dog story.  JJ was so desperate to receive attention – just any kind and form of it. He was so frantic that when people passed by his kennel in a small busy rural shelter, the poor dog reached his paws out and tried touching them. It’s as if he was begging.

The 1-year-old Pitbull was picked up along the Dowdy Ferry Road, a frequent and famous dumping site for unwanted dogs of Dallas neighborhoods. Traffic is usually heavy on that road, for which, many dogs get hit by speeding vehicles. But somehow, JJ survived. 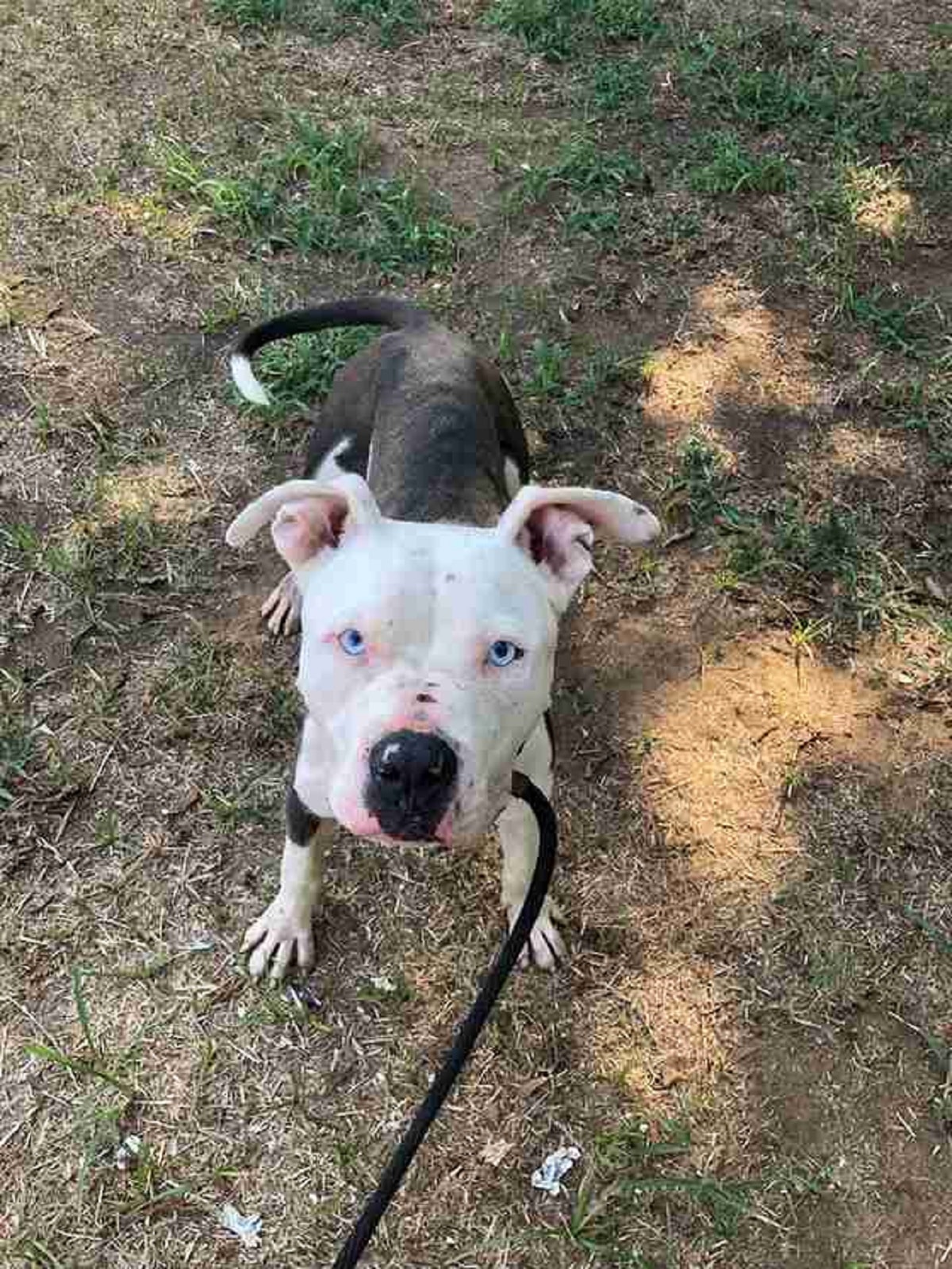 “He was alone when he was found by animal control,” said Dallas Dog RRR President , Patti Dawson. “He was really emaciated that his rib lines are visible. We have no idea how long he’s been out there but for sure, he needed to fend for himself.”

Not having to be on the streets is one good thing. However, the shelter didn’t offer much comfort to JJ. And finding a home is also another story.

“It wasn’t really an animal shelter – it’s a shack with only 6 kennels,” said Dawson. “Nobody visits there. And if you lost a dog and it’s there, you can’t just go in and reclaim. You need to let the city check.”

Two weeks later, the shelter had to vacate some space and JJ was placed in the kill list. Fortunately, JJ was noticed by Marina Tarashevska, a regular visitor who helps network the shelter’s dogs. Since then, JJ’s fate changed.

When JJ was taken out of his kennel, he laid really low as if he was anticipating to get hit, said Tarashevska. But when he was placed back inside and Tarashevska was about to leave the premises, JJ reached his paws out. “He was begging to be rescued and saved.” 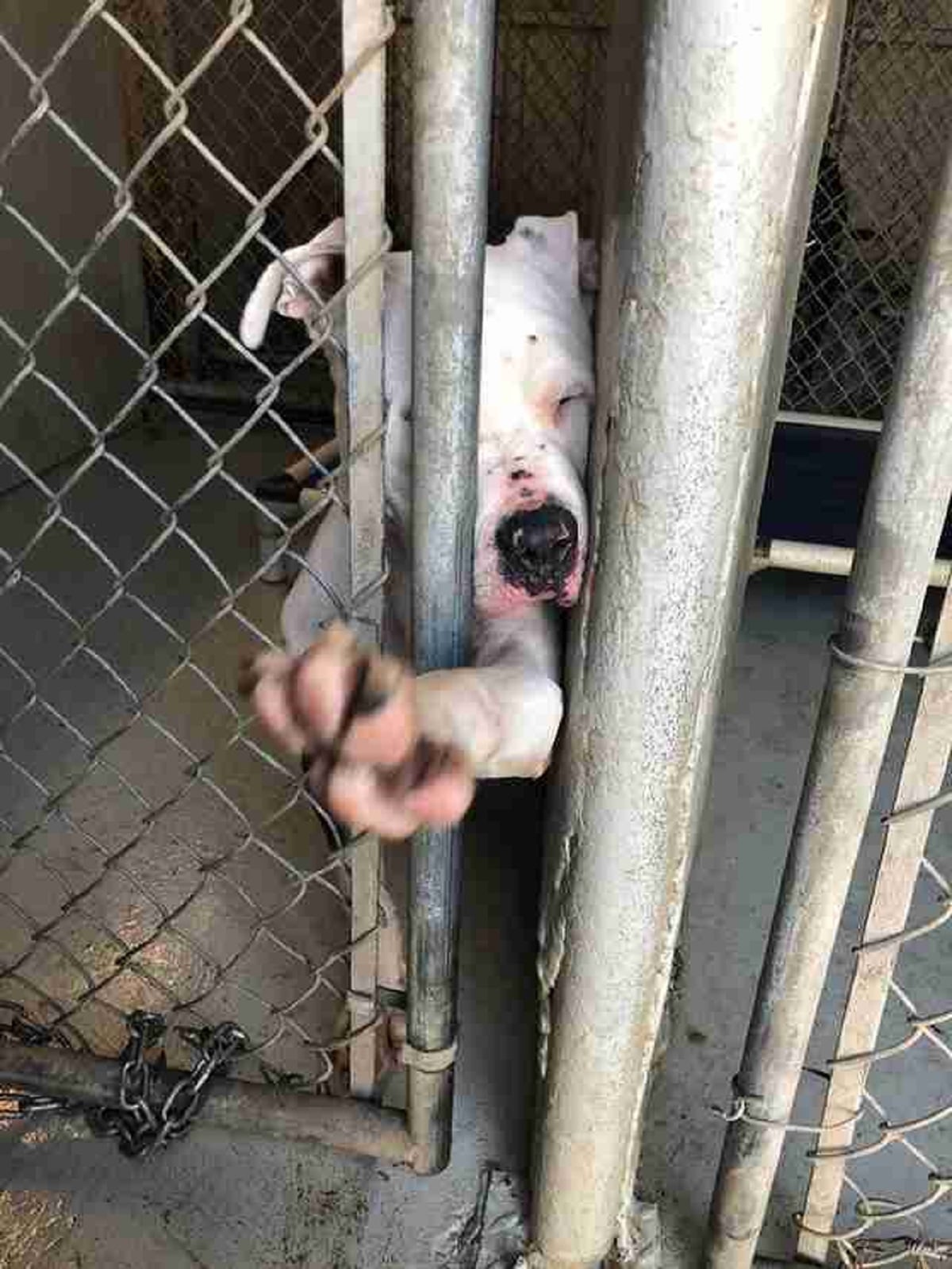 Tarashevska immediately contacted Dawson and asked for help. In no time, Dallas Dog RRR pulled JJ out, had him checked by the vet then placed in foster care. As it turns out, JJ has some quirks that surprised everybody.

“He starts jumping once he’s in the crate. He just kept bouncing,” narrated Dawson. “It’s hilarious he gets obsessed with it. Probably, it’s his safe place or a toy box.”

As days pass, JJ is observed to really be thriving. But more than playing in the backyard or going on walks, JJ really loves to receive affection, for which, he stays by his foster mom’s side every chance he gets. 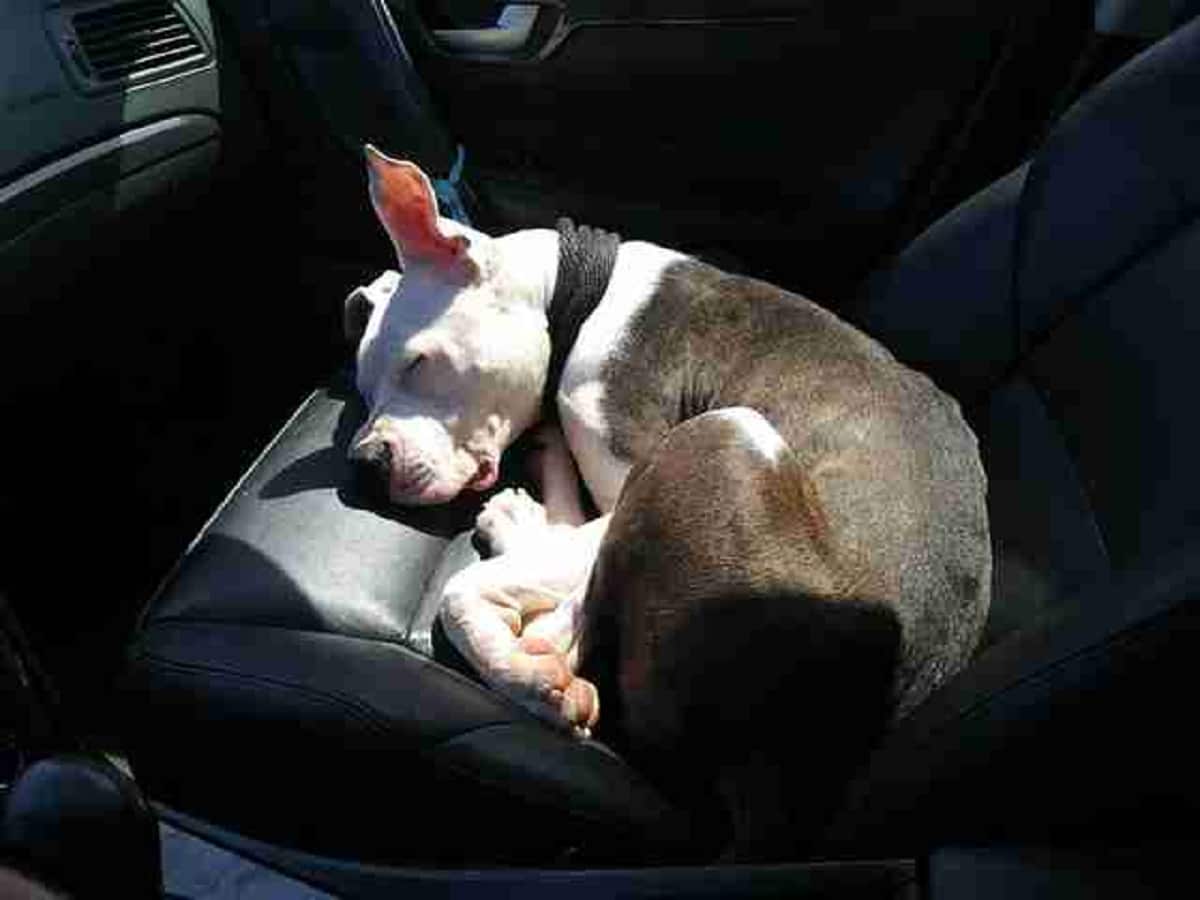 Photo Credits to Marina Tarashevska via The Dodo

JJ will be staying with his foster family until Dallas Dog RRR has him evaluated by a certified animal behaviorist. But soon enough, he will be made available for adoption to meet his forever family.

“We want him to find a nice and loving home. And we will look for one.”